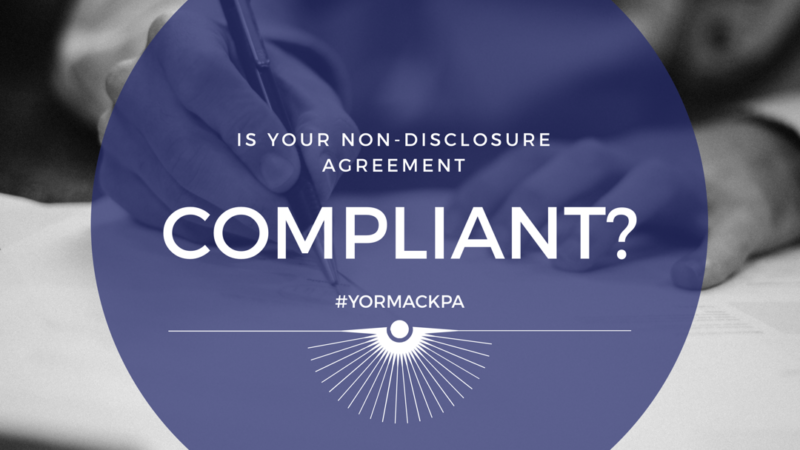 Common business practice, whether you’re a start-up or international enterprise, is the initial protection of your exoteric business matters through a confidentially agreement, also dubbed a non-disclosures agreement, NDA, MNDA (mutual non-disclosure agreement) or simply a confidentiality agreement. Such agreements are powerful tools which lay out the obligations and responsibility each signing party adopts regarding confidential matters, and can include penalties for the breach. Because no agreement between sophisticated parties can be said to be 100 percent trusted upon, NDAs can include liquidated damage clauses, but this remedy is limited, as an additional prophylactic measure to protect sensitive information. However, as great NDAs can be to protect your business there are possible legal hurdles that may preclude the enforcement or recognition of the NDA.

Recently, while reviewing one of our client’s NDAs it raised some concerns about the enforcement and recognition of their liquidated damages clause. Our client works with various foreign companies and in efforts protect the driving force of their business, they implemented an injunctive relief clause that schematically states:

In the case of any violation of this agreement made the Receiving Party will be forced to pay the Disclosing Party liquidated damages in the amount of $100,000 (one hundred thousand) without derogating from any other remedy that Disclosing Party is entitled to under any applicable law.

This raised significant questions throughout our office: What does “any violation” violation mean? Is there an issue with such a high fixed sum of $100,000? Must the clause state different severity levels of disclosure? There are issues with giving fixed amounts of liquidated damages without an explanation in the calculation of the fixed amount. The enforcement of this clause is very important to the safety of our client’s business so this meant make some alterations to the NDA to recognize the issues that may present when litigation strikes.

To avoid being put in penalty land we devised some best practices when drafting liquidated damages clauses in NDAs. First, it is imperative that the clause States the rationale or process by which the calculated or fixed damages included within the NDA are measured. This requires extreme specificity of such a calculation of damages. Second, the damages must be made commensurate with injury due to breach. In other words, the amount must be proportional to the damages caused by the breach. Lastly, if there are difference in breach, meaning there can be extreme breaches of NDA and or less severe breaches, the NDA must state the process of calculated difference levels severity levels of the breach.

For questions on any topic involving a, state, multi-jurisdictional, or international NDA, please contact, adam@yormacklaw.com.